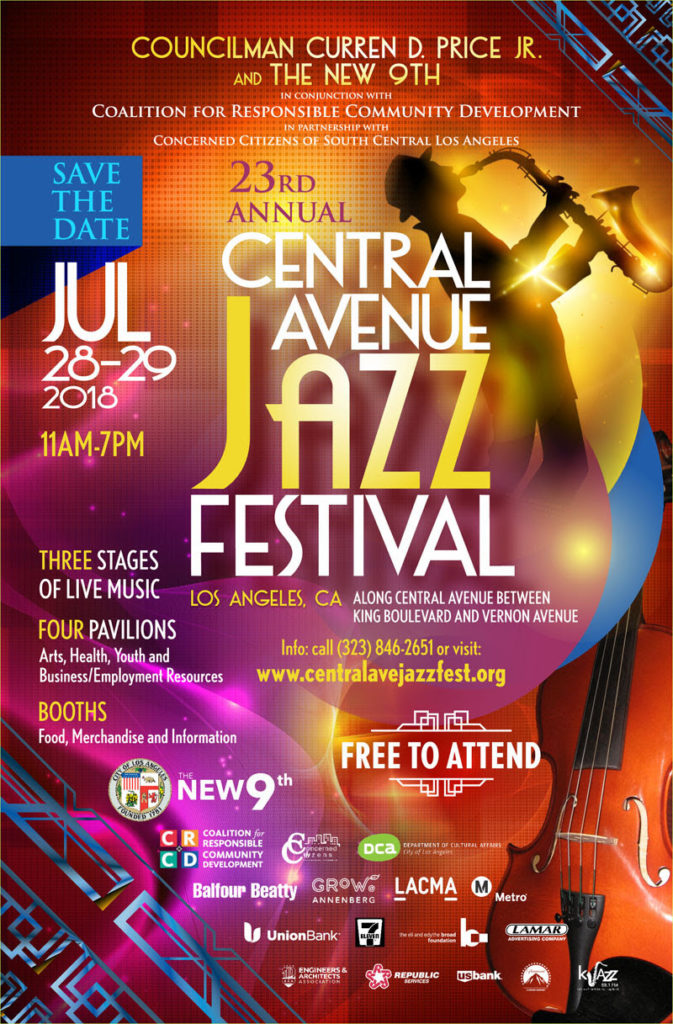 LOS ANGELES—Legendary artists Betty Bryant and the Pete Escovedo Orchestra are among the dozens of performers taking the stage at the 23rd Annual Central Avenue Jazz Festival July 28-29. For more than two decades, the FREE music festival has been a staple for the South Los Angeles community, celebrating the region’s rich cultural past and turning the spotlight on what was once considered the heart of the Jazz scene.

Held along Central Avenue between King Boulevard and Vernon Avenue, the citywide signature event features back-to-back concerts from 11 a.m.-7 p.m. on three stages throughout the weekend. This year’s lineup includes a wide array of musicians, including:

Pete Escovedo Orchestra/Legendary Percussionist Pete Escovedo is an artist who broke down the barriers between Smooth Jazz-Salsa-Latin Jazz and contemporary music. His name has been synonymous in the music industry for more than 40 years.

Boogaloo Assassins/Boogaloo Assassins are a Los Angeles-based, 12-piece Latin band with a sound and style inspired by the Latin Boogaloo, Latin Soul, Salsa and Latin Funk records of the 1960s and 70s.

Betty Bryant/A native of Kansas City, Missouri, Betty Bryant, dubbed “Cool Miss B” by her fans and fellow musicians, is a revered pianist/singer who brings a solid piano technique, a light, swinging touch and a skilled vocal approach to her music.

TC Carson/TC is a jazz vocalist, voiceover artist and actor best known for his portrayal of the debonair Kyle Barker on the hit sitcom “Living Single.”

Gretchen Parlato/described as “a singer with a deep, almost magical connection to the music.” – Herbie Hancock

Roy Gaines Tuxedo Blues/He has toured and recorded with blues greats like Chuck Willis and Ray Charles and did session work for Bobby Blue Bland and Junior Parker.

“For this festival, we wanted to present a special program unlike anything we’ve seen before,” said Councilman Curren D. Price, Jr., who hosts the fan favorite event in Council District 9. “It was important to me that we pay homage to the traditional sounds and historical predecessors while integrating other genre influences.

“This fusion allows us to connect with our devoted jazz enthusiasts while generating a wider appeal and drawing in new fans who will ensure that this continues to be one of the biggest and best jazz festivals in the nation.”

Each year, the Central Avenue Jazz Festival draws tens of thousands of people from across the U.S. In addition to live performances by world-class favorites and up-and-coming artists, the revered summer event features four pavilions, including one focused on the arts; a Balfour Beatty health and wellness pavilion; the GRoW @ Annenberg youth pavilion; and another providing information on business and employment services. Dozens of merchants and food vendors will be available all weekend long.

For more information on the 23rd Annual Central Avenue Jazz Festival, including a complete schedule of performances, please visit www.centralavejazzfest.com. 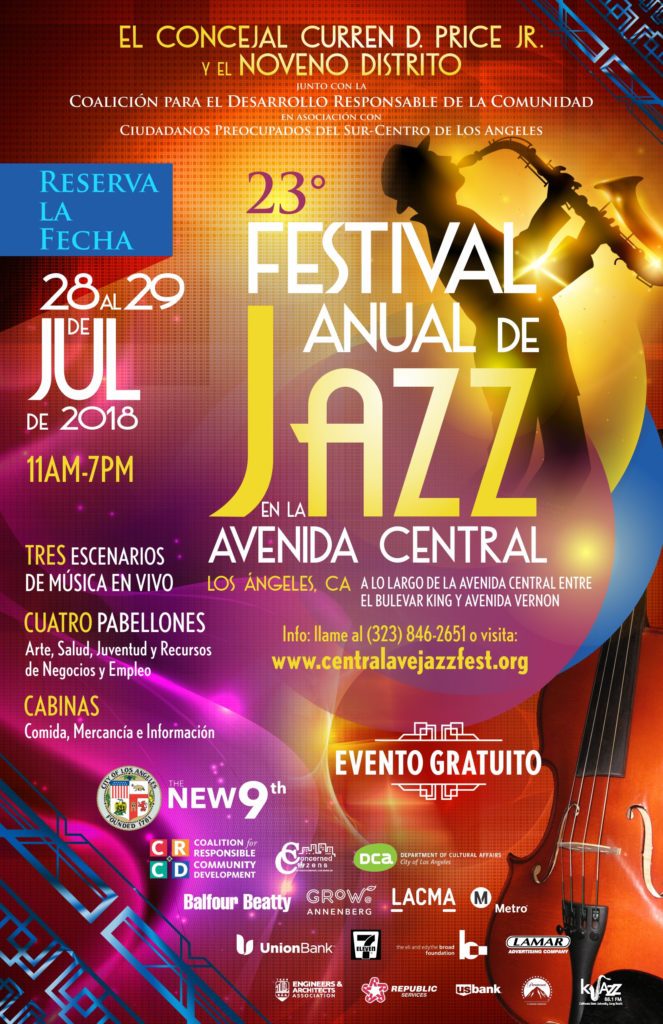