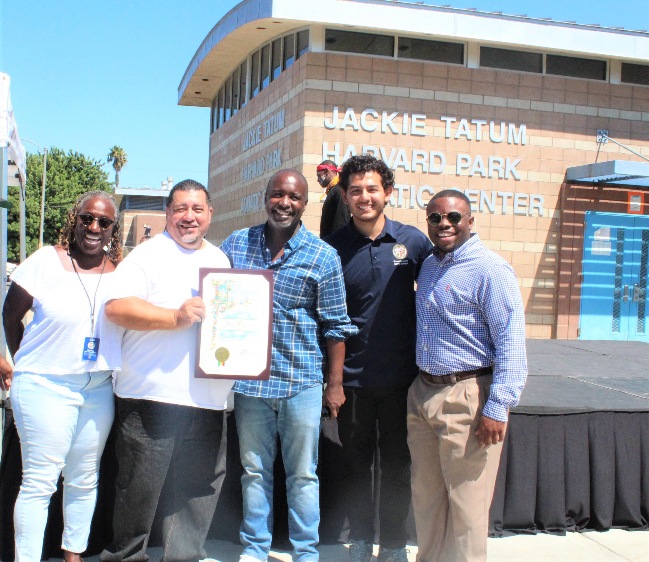 ECCANDC celebrated the two year anniversary of the Harvard Park Community Safety Partnership on September 7, 2019. Two years ago, we began working with the Council Office and LAPD community police officers to increase public safety around Harvard Park. The goal of the program is to create a safe space for residents and officers to communicate and bridge the gap between LAPD and the community. In its first year, the Community Safety Partnership saw a nearly 50% reduction in violent crime and there have been zero homicides in the park since the program was implemented.

Thanks for signing up!